The cards and book were commissioned by Knowle West Media Centre as part of the Forms of Intelligence project. The cards have been made in response to and are inspired by a series of collaborative workshops between eight people from Knowle West, Bristol, Kent, and Colombia with expertise in different forms of animal and plant intelligence. These people ranged in age from 18-80 and included community activists, artists, and researchers with specialisms in spiders and ants, trees, funghi, butterflies and local wildlife, soil, coral, gardening, bees, dogs, birds, robotics, wearables, performance and visual arts.
The group came together on the project to share knowledge, create principles for collaborating well across species and to begin exploring what could be made that would benefit humans, animals, plants and environments in more connected ways.
The cards were inspired by, amongst other things, tarot and Brian Eno’s Oblique Strategy cards, as well as other types of card games (such as Cards Against Humanity) and creative inspiration techniques.
You can find out more about the project, and download the cards and the booklet here. 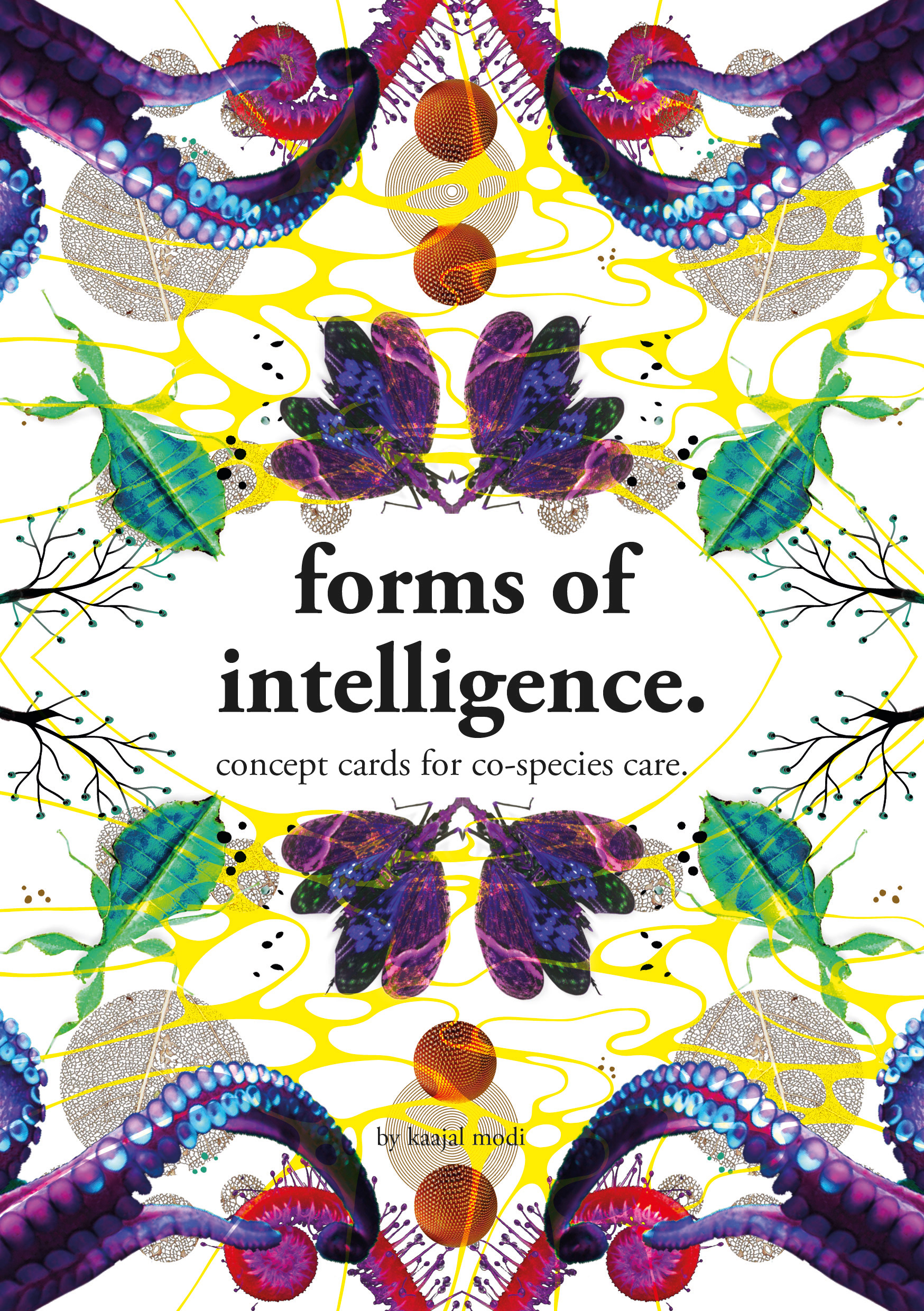 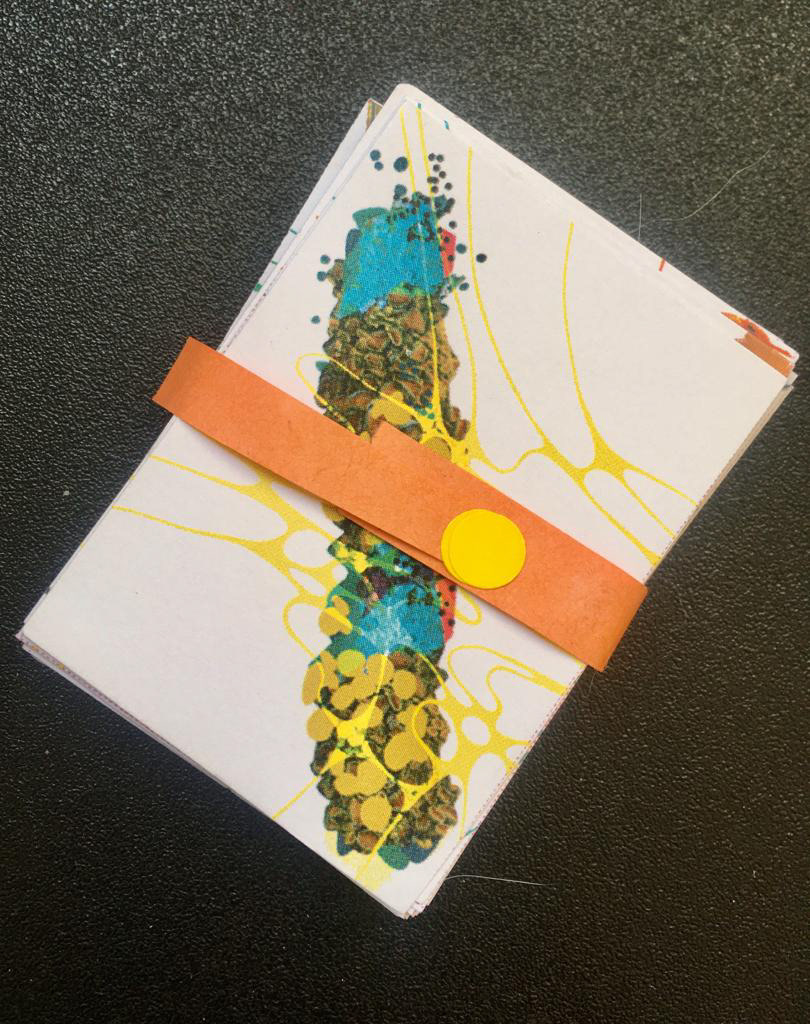 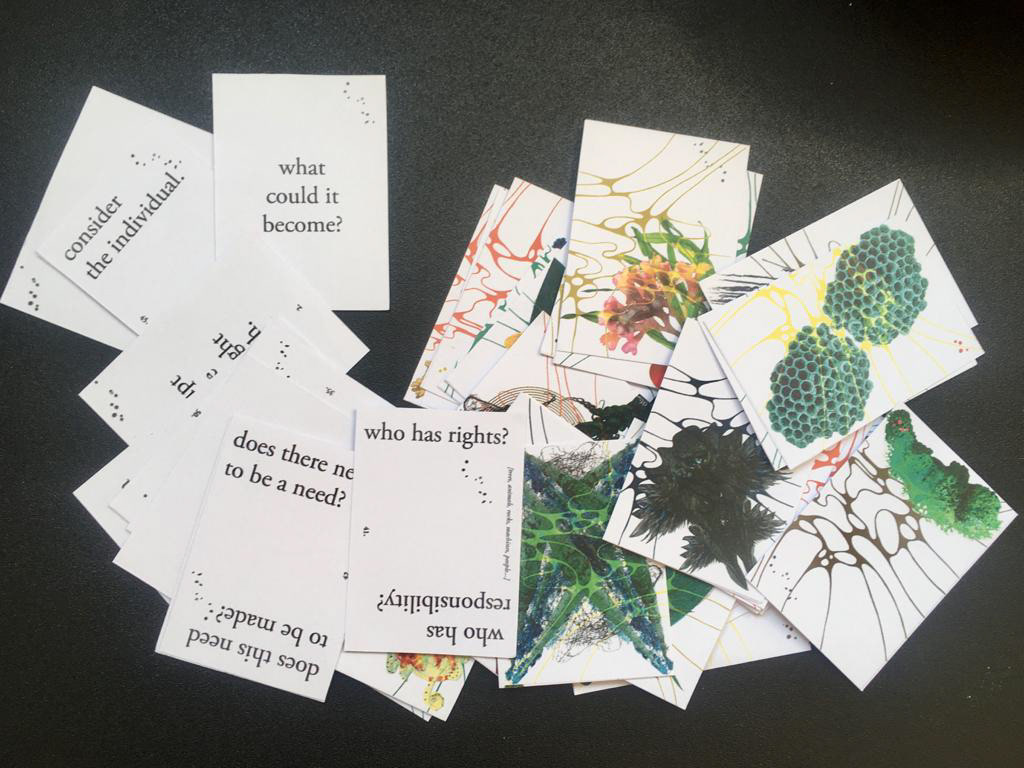 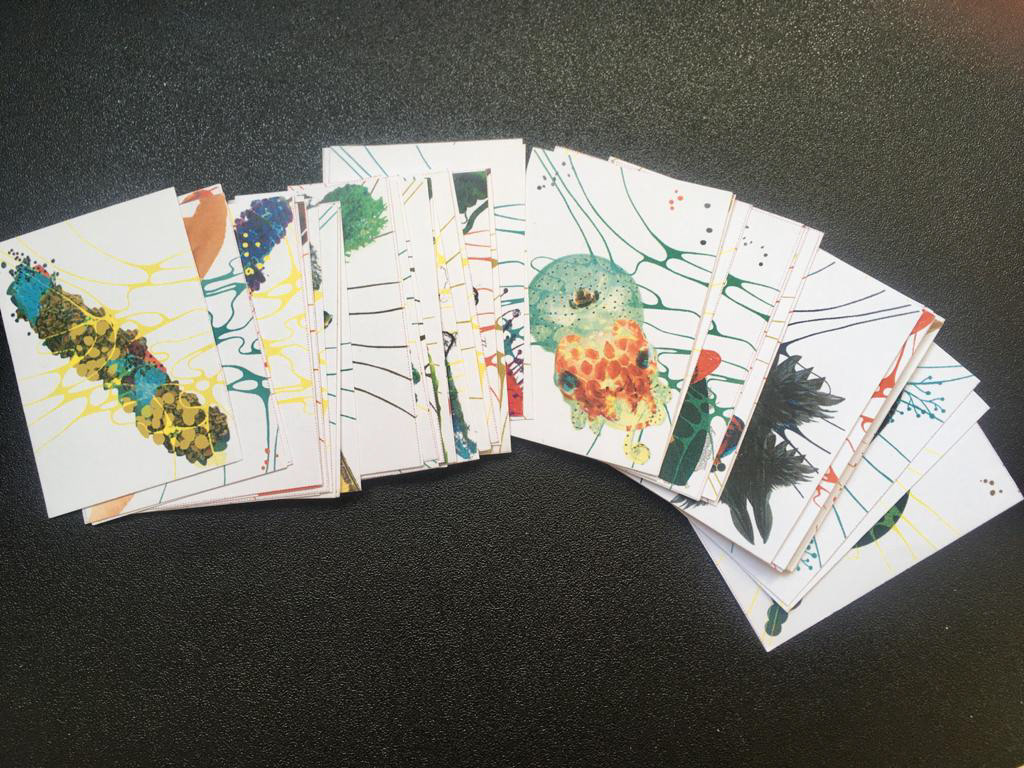